I was recently reminded of a quote from a German General, Kurt von Hammerstein-Equord, in 1933:

I divide my officers into four classes; the clever, the lazy, the industrious, and the stupid. Each officer possesses at least two of these qualities. Those who are clever and industrious are fitted for the highest staff appointments. Use can be made of those who are stupid and lazy. The man who is clever and lazy however is for the very highest command; he has the temperament and nerves to deal with all situations. But whoever is stupid and industrious is a menace and must be removed immediately!"

So I give you, Kurt’s “Magic” Quadrant. Apply this to your community/project/workplace and see if it doesn’t ring true! 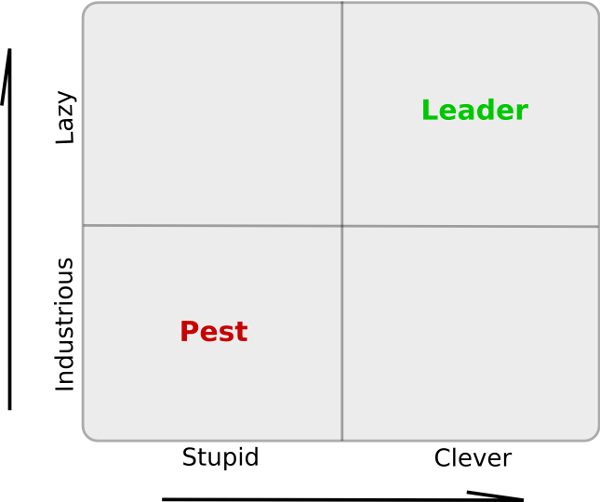